A Tribute to an Outstanding Clinical Research Scientist 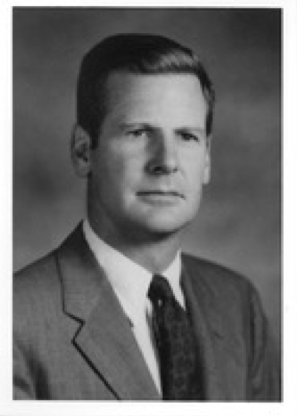 On July 30, 2012, Dr. George F. Cahill, Jr. passed away in Peterborough, New Hampshire at the age of 85.  Dr. Cahill was a world-renowned diabetes researcher who served as Joslin’s Research Director from 1962 to 1978.

Dr. Cahill did his undergraduate education at Yale (which he described as “one party with a few academics thrown in”) and then went to Columbia College of Physicians and Surgeons, where his father was on the faculty as a urologic surgeon.  After medical school, George came to the Peter Bent Brigham Hospital in Boston, where George W. Thorn, the great endocrinologist, was Physician-in-Chief.  He was strongly influenced by Thorn, as well as by his senior resident, a Swiss physician named Albert Renold, who also was destined to become a great diabetes researcher. Renold had spent two years in the Department of Biological Chemistry with Prof. A. Baird Hastings prior to his Brigham senior residency studying carbohydrate metabolism and, following this example, after his second clinical year, Cahill joined the Hastings laboratory to study glucose metabolism. After two years in the Hastings lab, he returned to the Brigham for another clinical year and then joined Renold, who had moved to the Baker laboratories at the New England Deaconess Hospital. In 1962, when Renold returned to Switzerland, Cahill took the reins as head of research as the Baker labs joined the Joslin Foundation and began to evolve into what is now the Research Division of the Joslin Diabetes Center.  Cahill also served as head of the Endocrine-Metabolic Unit of the Brigham and gradually rose up the academic ranks to become Professor of Medicine at Harvard Medical School.

Cahill’s research at Joslin focused on defining the normal physiology of glucose and amino acid homeostasis during feeding and fasting, as well as in obesity and diabetes.  His studies set forth many of the tenets that form the basis of our classic understanding of these processes.  His early interest in ketoacid metabolism stayed with him through his life, and even led to a late interest in developing high energy supplements for military personnel in combat areas situations on this pathway.

Cahill was also a devoted and supportive mentor who trained many of the individuals who went on to further the field, including Oliver Owen, Philip Felig, Errol Marliss, Thomas Aoki, Guillermo Herrera, Neil Ruderman, Aldo Rossini, Fred Morgan and Murray Brennan.  As a result, Cahill’s influence on diabetes research was felt worldwide through both his many seminal discoveries and through the training of hundreds of fellows and students who have become leaders in diabetes research, care and education throughout the world.  In addition, for those of us who knew him, Dr. Cahill’s skill, unique style and passion for teaching of students, young investigators and colleagues of all ages is one of the hallmarks of his remarkable career at Joslin, the Brigham and Women’s Hospital, the New England Deaconess Hospital, and Harvard Medical School.

In 1972, George joined the Scientific Advisory Board of Howard Hughes Medical Institute (HHMI), which was in control of candidate selection, as well as reviews of investigator performance.  In1978, he left Joslin to become Director of Research for HHMI where his influence on this organization increased.  He was eventually elevated to a Vice President of HHMI. In 1989, he resigned that position to move to his home in Stoddard, NH.  Being the consummate teacher, he joined the faculty of Dartmouth College (about 50 miles away) to support their biology programs and was given the title of Professor of Biological Sciences. There, he taught a course of biology for non-scientists which was so popular that within a few days after starting, they had to move from a classroom designed for 100 to an auditorium that held more than 400 students. He taught this course for seven years and received a teaching award from the students who loved it. In 1996 he retired completely to spend more time with his wife Sally, his children and grandchildren.

In addition to his many academic skills George was fit and trim throughout his life, and a great athlete, being an extremely competitive squash and tennis player.  He was always intellectually engaged, but also thought broadly in science, outside his own area of metabolic expertise.  His career was recognized by many honors and awards, including a symposium held in his honor at Joslin in November, 2006.  George Cahill was a very important man in the history of diabetes research of the 20th century. Both the Joslin and the world will miss him.

In 2006 the George Cahill, M.D. Scholarship Fund was created to provide a permanent source of funding for student positions at Joslin during the summer, continuing Dr. Cahill’s great tradition of mentoring young investigators just beginning their careers in diabetes research.

The George F. Cahill Jr Lecture 2017 will be given on February 3 at the CRCHUM by Dr. David M Nathan from Harvard Medical School, Boston, MA. His lecture is entitled: On diapers and septic fields: recent Advances in the prevention and Treatment of Type 2 Diabetes.