A Tribute to an Outstanding Basic Research Scientist 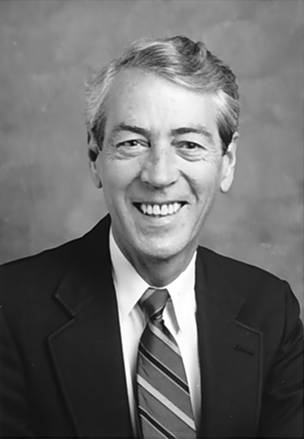 Denis McGarry was born in Widness, England in 1940. He did his undergraduate and graduate work at the University of Manchester, receiving the Ph.D. in 1966.  He did two years of postdoctoral fellowship at the University of Liverpool and the University College of Wales before joining Dan Foster’s lab at Southwestern Medical Center in Dallas as a postdoctoral fellow in 1968.  He was appointed Assistant Professor of Internal Medicine in 1969 and reached full professorship in Internal Medicine and Biochemistry in 1997, at which time he was also named the Clifton and Betsy Robinson Chair in Biomedical Research.

Denis was a gifted teacher who was regularly judged outstanding by medical students that attended his lectures on metabolism in the Biochemistry course.  He also taught in the graduate school and lectured Internal Medicine residents and Endocrine fellows.

Research, however, was his passion.  He had an uncanny knack to make discoveries that changed the way that other scientists thought about metabolism.  He defined the malonyl CoA regulatory system operating through carnitine palmitoyltransferase 1 (CPT1) and showed that the ketosis of starvation and the ketoacidosis of insulin-dependent diabetes was the consequence of a glucagon-induced fall in malonyl CoA.  Solution to the problem of ketogenesis had eluded such illustrious names as Krebs, Wieland, and Lehninger.  He subsequently showed that the malonyl CoA/CPT1 system operated in many other tissues.  Under his leadership the laboratory cloned and sequenced the involved genes and unequivocally proved that CPT1 of liver was distinct from CPT1 of muscle and that CPT1 and CPT2 were separate enzymes derived from different genes.

He also devoted considerable energy to the mechanism by which glycogen was synthesized from glucose after a fast.  In contrast to conventional wisdom, he showed that the indirect pathway, the Cori cycle (glucose® lactate®glucose-6-PO4®glycogen) was dominant over the direct pathway (glucose®glucose-6 PO4®glycogen).

In 1992, he published a famous review paper in Science (Science 1992; 258:766-770) entitled "What if Minkowski Had Been Ageusic? An alternative angle of diabetes".  He suggested that scientific focus on abnormal glucose metabolism had masked the critical importance of abnormal fat metabolism, especially in type 2 diabetes mellitus.

Subsequent to this paper there was a huge swing by investigators toward the key role of abnormal lipid metabolism in insulin resistance and lipotoxic damage to tissues as diverse as the heart and the beta cell of the pancreas.

In late April 2001, Denis was diagnosed with glioblastoma multiforme after the sudden appearance of expressive aphasia. He received the 2001 Banting Medal for scientific achievement from the American Diabetes Association, but his health sadly prevented him from giving the lecture.  It was given beautifully by ADA President Bob Sherwin who emphasized studies on the role of dysregulated fatty acid metabolism in the diabetic state. Denis felt blessed that he was able to be present and receive the medal.

In addition to the Banting Medal, Denis had previously received the Lilly Award, the Herman O. Mosenthal Award, the Joslin Medal, the David Rumbough Scientific Award and the Grodsky Award.

As his death approached, his friends wanted to raise money for a distinguished chair before he died.  The size of some of the gifts from the faculty was astounding -$100,000.  Pledges for a million dollar were quickly raised.  The U of Texas Medical School normally gives an actual chair to the major donors, but the donors wanted Denis to have it.  There was a reception in his home to award it and those present will never – ever – forget a classic scene.  Denis was sitting in the chair and kneeling on the floor before him were Steve McKnight, Mike Brown, Joe Goldstein and another scientist who held his hand.  It was incredibly touching. Denis McGarry died peacefully at his home in the presence of his family on the evening of January 27, 2002.

A remarkable thing about Denis was the vast number of deep friendships he had in the world of diabetes and the scientific community. He was extremely rigorous, pertinent and original in the way he approached a scientific problem, often starting from simple physiological observations leading to testable hypotheses. He acted like a magnet for young investigators who always wished to discuss informally with him and who much appreciated his original turn of mind with a vision of biology and physiology at large.  His papers were extremely well written with a touch of literacy and perhaps the writer James Joyce that he admired so much, also native from Ireland, inspired him. Denis was a joyful person and he could test and tease you in a bar anywhere in the world by asking with a playful smile “what was the most important discovery and experiment in the field of diabetes?”  Like everyone but with some doubts because of the triviality of the question you would answer that it is the discovery of insulin. He would smile again and say “Absolutely not! It is the removal of a dog pancreas by Oskar and the serendipitous observation of the flies attracted by the sweet urine…and not repelled by the fat-derived acetone”. Without saying he would win this lost battle for you with a little cigarette remain in his mouth, the smoke volutes going to heaven and an excellent glass of red Bordeaux in his hand….and as a compensation of you feeling so dumb, magnanimous he would offer you another glass.  Denis was also humble and he would say “well besides Mozart, Einstein and few others among centuries who will remember what we did in a hundred years? ”

No comments about Denis McGarry would be complete without mentioning that he was a devout Roman Catholic.

At the beginning of the 7th century, Isadore, Archbishop of Seville, gave his prescription for a good life.

Learn as if you were to live forever.

Live as if you would die tomorrow.

Denis did both.  He learned all his life in science.  When death came, he was ready.

In the memory of John Denis McGarry, the Montreal Diabetes Research Center is proud to organize each year “The J Denis McGarry lecture” given by world-leaders and outstanding speakers.

The J Denis McGarry Lecture 2018 will be given on February 2nd at the CRCHUM  by Dr. Susan Bonner-Weir is Senior Investigator, Joslin Diabetes Center and Professor of Medicine, Harvard Medical School. Her lecture is entitled: The changing beta cell